Another Corvette World’s Record in the Making?

Harley Earl’s Personal Corvette - Another World’s Record in the Making?
By Rick Tavel© 9-17-2013 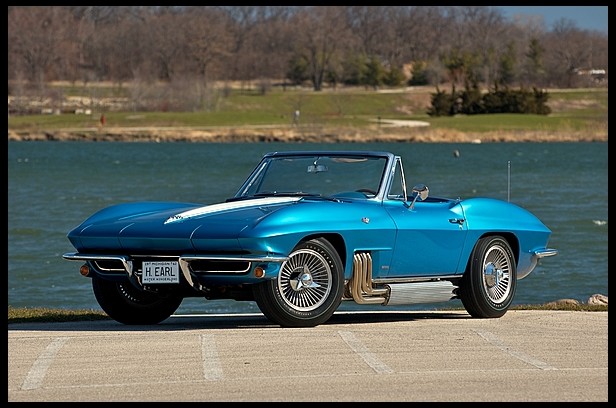 Right on the heels of the record breaking sale of a 1967 L88 Stingray for $3.2M at Mecum’s Dallas Auction September 7, Dana Mecum is out to break his own record for the price paid for a Corvette.  The “Dealmaker” knew he’d have to do something spectacular for an encore at his upcoming Chicagoland Auction, October 10-12, and as if pulling a rabbit out of a hat he is magically offering the special modified 1963 Corvette given to Harley Earl by GM honoring his contribution to the corporation and the Corvette: Harley Earl’s personal Corvette.  That's right, Harley Earl's personal modified 1963 Corvette, the unique Corvette that has been invited to Bloomington Gold more than any Corvette in history. 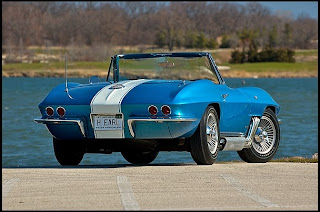 The car became Earl’s daily driver while he lived in Palm Beach, Florida, during the first years of his retirement.   It is a Nassau Blue, 300 HP, convertible with several one-of-a-kind features: custom through-the-body side exit exhaust, special gauges which included an altimeter, accelerometer, inside/outside temperature, and vacuum pressure.  In addition the car has stainless steel door and foot well inserts and plush carpeting, custom blue leather seats with white trim and dual circuit 1965 style 4 wheel disc brakes.   The lot number of the car is S110 and will cross the block at Mecum’s Chicago auction in Shaumburg, Illinois, on Saturday, October 12, along with a thousand other collector cars during the three day event. 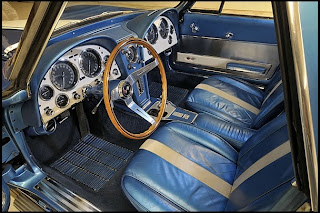 Harley J. Earl is the father of the Corvette which he conceived in the early 1950’s and introduced to the public in 1953.  After a rocky start the Corvette has gone on to be the most iconic car in America.  Following his retirement as Vice President of Design for General Motors in 1958, Earl continued to stay on as a consultant, and in 1963 the corporation wanted to recognize his outstanding contribution and had this special Corvette built (shop order 10323) based on the 1963 Corvette show car exhibited at the Chicago Car Show.   After Earl designed the LaSalle in 1927, Alfred Sloan, CEO of GM, was so impressed with his talent that in 1928, he created the Art and Color Department of General Motors and appointed Earl as the head.  Earl became the dean of Detroit stylists and set the bar for automobile styling in America. 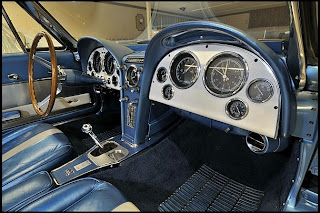 Each year the winner of the premier Daytona 500 receives the vaunted Harley J. Earl Trophy, and in 1965, as Grand Marshall of the season-opening NASCAR event, drove his special Corvette on a parade lap before the race.   After selling the car later in the 1960’s its ownership history was temporarily lost until it resurfaced, identity unknown, in 1973.  It was purchased at a bankruptcy sale for $1500 by a amateur racers who intended on drag racing the unusual car.  But before they moved ahead with their project they decided the car might be significant, so they let the car sit for seven years. 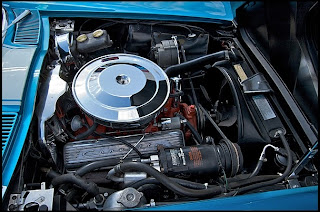 In 1980, they took the car to Corvettes at Carlisle and offered it or sale.  The car received a lot of attention, although there were no buyers.  One enthusiast, Joe Clark, was particularly interested in the car since it was an aberration having a 1963 VIN and several 1965 components along with custom exhausts which came through the side of the body where the stock 1963 Corvette had side vents.  Though he did not buy the car at Carlisle he could not forget it.  Research revealed the car resembled the Chicago 1963 show car and decided that the Corvette was more than a customizer’s attempt to mimic the show car.  He arranged to re-inspect the car in 1981, and after a month of negotiations with the owners, its identity still unknown, he bought the car.  One evening while Clark was dismantling the car with Ken Heckert, another Corvette enthusiast, he discovered a hand-written number code inside a door trim panel: S.O.10323.  Following prompting from knowledgeable Corvette enthusiasts, he enlisted the help of General Motors.    Clark and his partner in the project, restoration specialist Bob Gold, visited the GM Design Staff and confirmed the car as the very one custom-built gift to Harley Earl. 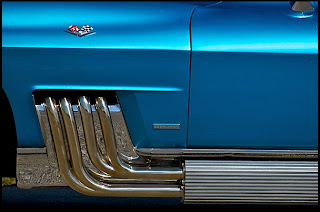 Once the origin of the car was nailed down it was restored to the exact specifications of the car when it was bestowed on Harley Earl.   The Corvette has gone on to become one of the most significant Corvettes ever produced.  It has been invited to Bloomington Gold more often than any other car and is a Corvette Hall of Fame inductee.  The Harley Earl Corvette is a one-of-a-kind factory special with a historic and illustrious pedigree.   Now I was not an economics major but I do understand the law of supply and demand.  The record setting 1967 L88 Corvette sold on September 7th in Dallas was a magnificent car.  It had undergone a concours level restoration from Nabers Brothers, it had a strong documented race heritage, and it was one of twenty L88 Corvettes produced in 1967.  It sold for $3.2M.  This car also has an even more impressive provenance, was Harley Earl's personal Corvette, and was the only Corvette produced with modified features and has been the most invited Corvette to Bloomington in history.  That's one of one, not one of twenty. It was the "father of the Corvette's personal car which he actually drove for a few years.  Now you don't have to be a genius to figure out which car is more rare and significant.  So you decide what could this car be worth?  Based on the car’s provenance, pedigree, build specifications and one-of-a-kind status, the world’s record set in Dallas earlier this month may very well be a short-lived record.

Posted by theRevenant at 4:38 PM