Harley Earl’s Corvette #1 Seller at Mecum’s Chicago Auction But It Should Have Brought More
By Rick Tavel© October 15, 2013


If you are into collector cars, and particularly collector Corvettes, you might have made a point to watch Velocity® TV this past Saturday to see one of the crown jewels of the Corvette kingdom go across the block.   Mecum’s  “Windy City” auction was held October 10 -12, where almost a thousand cars crossed the block and 64% of the cars were hammered sold.  Though the Schaumburg Convention Center offered shelter from the rainy weather, the weather still appeared to have an effect on the a crowd and the bidding, quite a contrast to the Dallas auction held only a few weeks before.  One of the headliners of the auction was a collection of four world famous funny cars, the iconic Hemi Under Glass cars, famous for their unmatched “wheelies”,  which not only failed to meet the reserve but was so far below the seller’s expectations that the four car collection will be broken up and sold individually in Kissimmee, Florida, in January.  Even though the turnout was excellent for a first time event, and the final  tally showed over $18,6M in sales the bidders appeared to lack intensity. 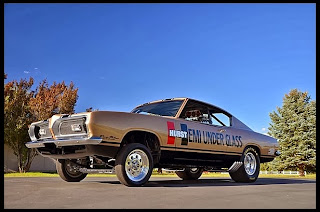 And to further illustrate the point, an even more puzzling occurrence happened to the other headline attraction, Harley Earl’s personal specially built 1963 Corvette Stingray convertible, which sold for $1.5M hammer price, $1.65M including the buyer’s premium.  It was the high sale of the auction but a car that clearly should have brought significantly more than the hammer price.  The car sold to a phone bidder after bidding quickly moved the price $1M and then up to $1.5M, where the reserve 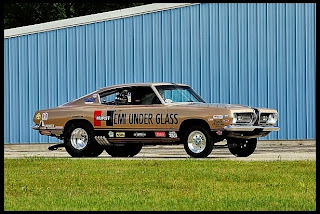 on the car was met and it sold.  The owner must have been pleased since the car was purchased in 2010 for just under $1M and a 60% return on investment at three years is pretty healthy.  But the dilemma is, why, in the hottest Corvette market in history, did one of the five Corvette “Crown Jewels” sell for only $1.5M, especially in comparison to the 1967 Corvette that just set a world’s record in Mecum’s Dallas auction just a few weeks before? 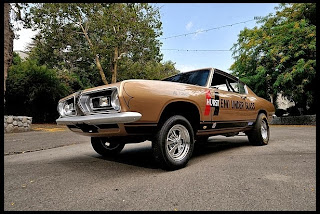 “Only $1.5M,” sounds pretty “elitest” but it is not meant that way.  In a market where production Corvettes are selling for $600K to over $1M, and a 1967 L88, one of twenty Corvettes produced that year with the vaunted engine, just set a world’s record selling for $3.2M, then why did the father of the Corvette, Harley Earl’s personal Corvette and one of one specially built cars bring less than half of the price of the L88.  The law of supply and demand dictates that in relative terms this car should have brought much more than the hammer price and add to that the best ownership history a Corvette could have and it is pretty clear that the buyer got a pretty good buy.  I realize that $1.5M is a lot to pay for any car, certainly more than I can afford, but in terms of the recent market and all of the attributes which make this one of the bluest, blue-chip collector Corvettes, the $1.5M sale is clearly a disappointment.


“Has the bottom dropped out of the Corvette market?” one might ask.  I don’t think that is the case and the Corvette market appears to still be red hot.  But there must be a reason and before collectors run for cover, I am offering a few for consideration.


First, no matter how significant a car may be it takes at least two, preferably more, committed bidders that want and can afford the car.  If that doesn’t happen then either it will not meet the reserve or the winning bidder is going to get a helluva bargain, which may have been the case here.  And watching the auction it was apparent that there were no “had to have it” buyers in the room.  There were obviously bidders who knew what the car was but none that were willing to pay what the real value of the car was worth. There was more action from phone bidders than from any bidder in the room and when that happens it does not create the same excitement that happens when bidders are going “head to head” in front of the crowd.  I have wondered about the phone bidder that ultimately ended up with what I consider to be a great investment, just how committed was he or she? If the bidding had continued was the phone bidder prepared to go to $4M or more?  We will never know but something else to ponder.


Another factor that enters into the equation and one that may have held down the price of the car is the lack of excitement that seemed to permeate the audience.  I am not referring to the “hype” from Mecum, the Mecum team does a great job of “hyping” their cars, and especially their “star” or “headline” cars, but sometimes the audience is just tough, no excitement or electricity in the room.  You’ve heard comedians refer to this.  And maybe the often reserved Midwestern demeanor entered into the equation.  I remember one of the toughest speaking engagements I ever had was to a reserved Midwestern audience where I just couldn’t get the audience engaged. (Please no letters, I have lived in the Midwest most of my life and yes I am aware that Bloomington Gold is in Illinois.)  True, a lot of the hype and excitement at an auction is created by spirited bidding and it appeared that throughout much of the auction it was this “spirited” bidding and an excited cheering crowd that was missing.  Usually when bidding reaches six figures or more the audience gets involved, clapping and cheering, but there was little cheerleading for the Hemi Under Glass funny cars or the Harley Earl Corvette.


As a further comparison to illustrate the point just compare the list of top ten cars sold from the two auctions.


Finally the last thing to consider between the world’s record 1967 L88 Corvette and the Earl 1963 Corvette was what the major attribute the 67 had that the 63 did not.  That apparently was the “performance” aspect and performance heritage.  The 67 was loaded with documented race history and perhaps the most coveted production engine in Corvette history.  Certainly rare performance Corvettes are perhaps the hottest commodity in the market today.  It is the big block, high performance Corvettes that are knocking down the big bucks.  So that is certainly a consideration in the price difference and though a $1.7M premium over Earl’s car may seem a bit steep, it may just be an indication of how important performance is in collector cars.


So there may be some justification for the price of the Earl car and the fact that it did not set a record.  It may also be an example of the well known adage: the bottom line is, a car is worth only what someone is willing to pay for it.  And in the case of the Harley Earl 1963 Corvette that price was $1.5M,  a long way from a world’s record.