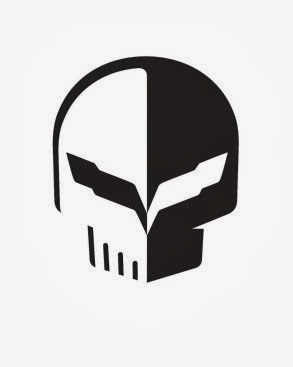 For 2013, Chevrolet was the most successful manufacturer in motorsports, winning not only the  the ALMS championship by the dominant Corvette Racing Team but a total of 14 manufacturer, driver and team championships in NASCAR, IndyCar, GRAND-AM, the Pirelli World Challenge series as well as ALMS.  In the American Le Mans Series, Chevrolet claimed its 10th Manufacturers’ Championship and two of the team members, Antonio Garcia and Jan Magnussen, captured the Drivers’ Championship.  Chevrolet also clinched the ALMS GT Team championship for Corvette Racing – its 10th in the ALMS and most in the series’ history. Chevrolet won the ALMS’ Green Challenge GT Championship, which goes to the manufacturer that records the fastest races while being the most efficient in petroleum use and emissions.

One of the most recognizable logos of the championship Corvette Racing Team has been the “Jake” mascot and that, like the car, will also be modified for the 2014 season and will kick off with the competition debut, at the Rolex 24 at Daytona, January 25th-26th .   The new Corvette race car will be wearing the updated “Jake” mascot in Daytona.

Jake has been around since the early 2000s appearing as an unofficial mascot on the dominant C5-R race cars, winning multiple ALMS championships, the 24 Hours of Daytona and the 12 Hours of Sebring. The team began uniting behind a rally cry of “Take No Prisoners,” represented by a flaming skull logo that represented its unrelenting drive for victories, the first and loose interpretation of today’s “Jake”.  But it wasn’t until after the C5-R completed the 24 Hours of Le Mans that the unofficial logo was born. Originally, just a sketch on a napkin, the logo was drawn as a skull with crossed flags for the eyes and was named after Jake, the infamous character from The Blues Brothers.


The new Jake, with the seventh-generation Crossed Flag logo for eyes, is more modern and more aggressive, a better fit for the new C7-R.

“The best thing about Jake is that the logo transcends age and gender, uniting the Corvette Racing team and enthusiasts alike,” said Tom Peters, director of design, Performance Vehicles. “The new Jake logo reinforces the brand’s success on the track and signals the transition from the C6-R to the C7-R.”

Posted by theRevenant at 8:06 PM